admin2022-04-09T11:12:17-07:00
I was hired by a local MMA Gym and Clothing Retailer to design 2 mascots for their stores and for a shirt…
White Shepard is the name of the dojo and the mascot is “the head of a White german Shepard on the body of an MMA fighter, in a Brazilian Gi, with MMA gloves, and standing in the stance of one of the founders of Brazilian Ju-Jitsu Helio Gracie”…. that was the description I was given. 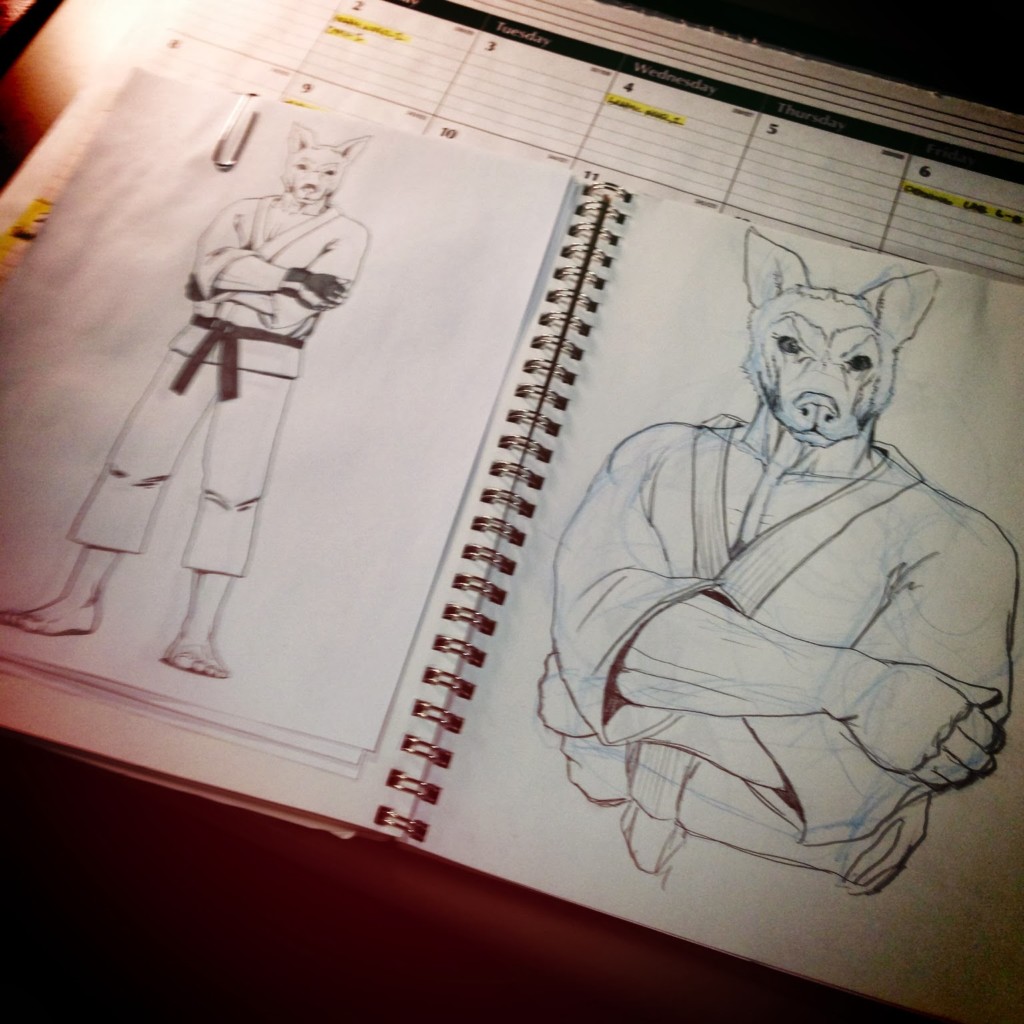 This is the end result
The second mascot is for a clothing line they produce and they wanted ” A skull with a hoodie, with a body of an MMA fighter and with MMA gloves on… but only the upper torso” 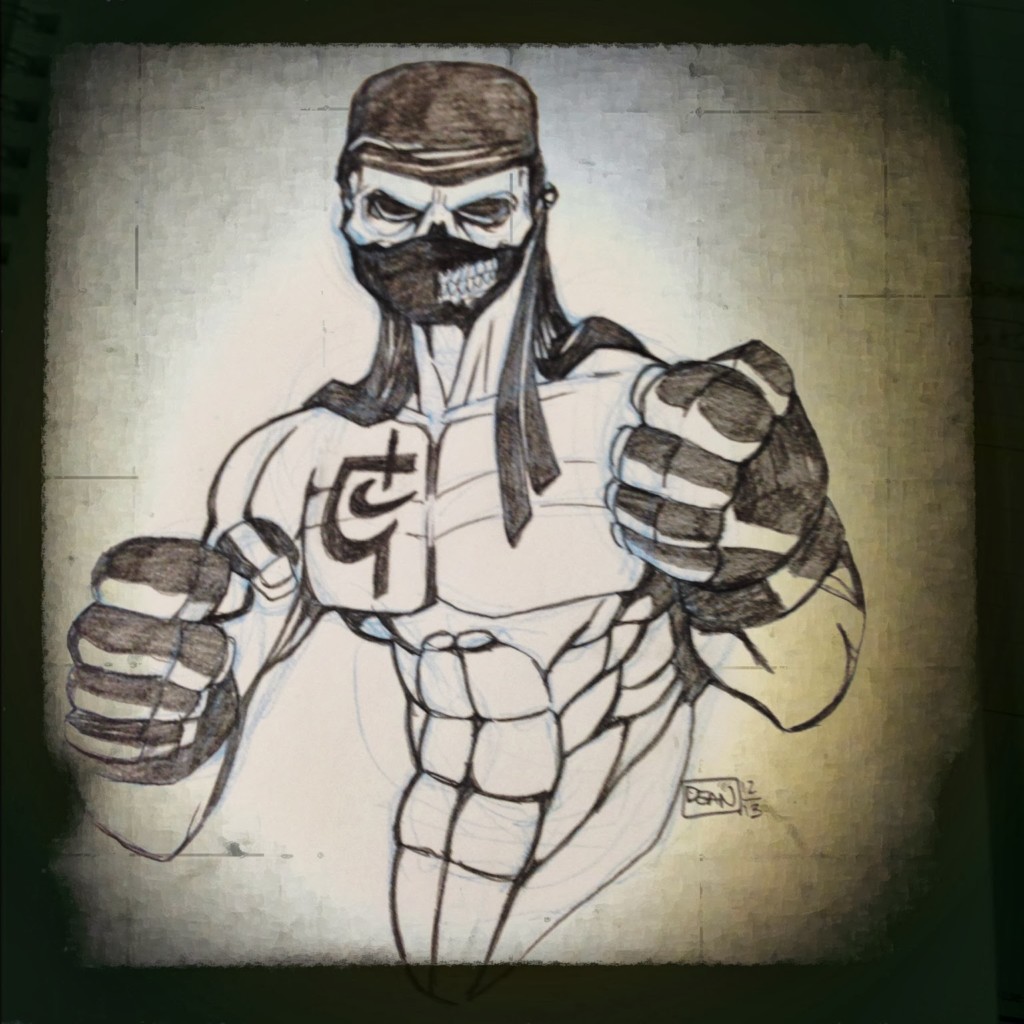 This is the end result…..
They loved them both and so they will have images printed on all of their merchandise.